Data-Driven Decision Making - Part 1: A Single Source of the Truth? 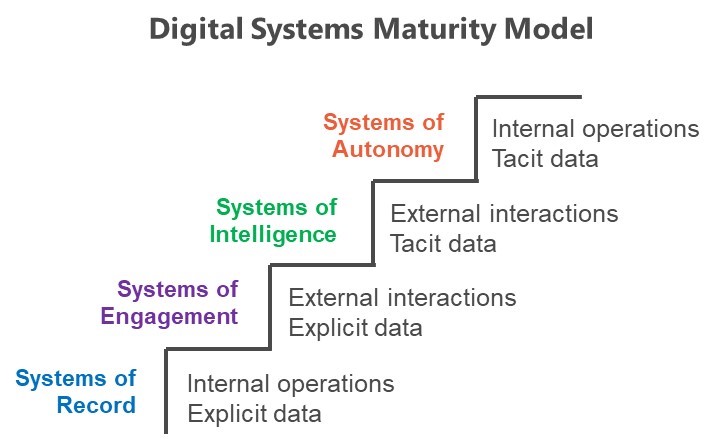 Systems of record occupy the bottom step in this maturity model, having been prevalent for closing in on three decades. They are the foundational business systems that consolidate around ERP and explicitly capture all the material transactions of the enterprise in a relational database from which they extract and present data to help manage internal operations. We know them well and could not operate without them.

Systems of engagement, by contrast, are relatively new to the scene, be they in service to marketing automation, customer service, or sales enablement. Here again the transactions are explicit, but the data now reflects external market signals to help managers better align their operations with stakeholders outside the enterprise. Most enterprise IT organizations today are focusing the bulk of their attention at this level, the goal being to “get digital.”

The next level up, systems of intelligence, is just emerging onto the scene, having become highly visible in the leading disruptive enterprises who are currently eviscerating their competition. These are analytical systems that operate primarily on tacit rather than explicit data, extracted from the log files of websites, mobile phones, sensor-enabled devices, network traffic, and the like, supplemented with public data streams from Facebook, news broadcasts, and their ilk. Log data is tacit because it is typically being collected for syntactic rather than semantic reasons—meaning it helps with the technical operation of the digital system and is not engaged with its content. What systems of intelligence are able to do, however, is infer from these syntactic signals conclusions that have great semantic value, as, for example, a person’s propensity to buy, or click on an ad, or cancel a subscription, or perpetrate a network attack or fraudulent transaction.

Finally, at the highest level, just coming out of the labs in most cases, are systems of autonomy, be they drones, self-driving cars, computer-navigated tractors, self-adjusting thermostats, autonomic factory equipment or the like. These are real-time operational systems that are also being guided primarily by tacit data coming from a wide variety of sources and sensors, including GPS, lidar, radar, sonar, accelerometers, barometers, maps, video, and the like. From all these signals these systems are able to infer position, attitude, and current condition relative to a given mission, and prosecutes a path through the physical world accordingly.

Now, given these four very different types of data sources, how should we be thinking about data-driven decision making? Generically it is clearly desirable, but what it entails varies considerably. 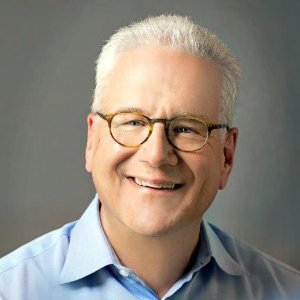